America’s housing market is undersupplied by 3.3 million units, and the shortage is getting worse every year, Freddie Mac said in a report on Friday.

“New housing supply is not keeping up with rising demand,” said Sam Khater, Freddie Mac’s chief economist, who said the shortage is increasing by about 300,000 units a year as homebuilders fail to keep up with demand.

Oregon is the most under-supplied state, followed by Colorado, Florida, and California, Khater said. The next two states are a bit of a surprise: Minnesota and Texas, where land shortages are not an issue.

“More than half of all states have a housing shortage, and the shortage is no longer concentrated in coastal markets but is spreading to the middle of the country in more affordable states like Texas and Minnesota,” Khater said.

The root of the problem is the housing crash and financial crisis more than a decade ago. Homebuilding companies were wiped out, and immigrants that made up about a quarter of the construction workforce prior to the crash left the U.S. and, in large part, haven’t returned.

In every prior economic contraction, the housing market led the economy out of recession as homebuilders kicked into high gear, but during the current expansion that didn’t happen.

“It’s been a decade and we’re not back to normal in terms of home building,” said Lawrence Yun, chief economist of the National Association of Realtors. “Many small-time builders are still out of the game. It was small-time builders in the aggregate that built many more homes than the big builders, and they’ve hesitated to get back in, even though it appears there is a money-making opportunity.”

The strong economies of states like Oregon and California have worsened the shortage by attracting job-seekers, the Freddie Mac report said. As people leave in search of better housing markets, the shortage spreads, it said.

“Years of underbuilding has created a large deficit, particularly for states with strong economies that have attracted a lot of people from other states,” Freddie Mac said. “Some of the smaller states, which have been attracting a lot of immigrants from other states, also need to build more housing units to accommodate the needs of their growing population.”

There have been some good signs in recent months. Permits for new houses rose to a more than 12-year high in January as builders began shifting into high gear amid a property shortage.

There are no reviews yet. 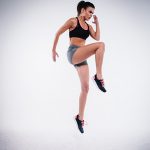